In some organisations, when starting a mobile project, the stakeholders may not have prior experience with mobility solutions for EAM, as such, we are sometimes asked to implement features that do not add value to the business. As consultants, it is satisfying to see something we implement being used and helps the end-users on the field. And nothing can be more frustrating than spending time building features that are not going to be used. In this post, I will list out based on my experience some commonly used and not used functions of a mobile app:

Work Execution: despite its name is Asset Management software, 80% of activities in Maximo happen around the work management process. It is not a surprise work execution is the number one use-case for a mobile app. However, work management is a big process with several major stages and many different activities. Only certain activities need to be recorded in the field with a mobile device. Below are some common ones:

I spend a large portion of my time working with mobile solutions, but I haven’t talked much on this topic. In this post, I will give a bit of praise to EzMaxMobile.

Why should you listen to me: I know a bit about mobile solutions for Maximo. I’ve done several (failed) pilots with the Maximo mobile suite (of the olden days). I’ve built a mobile app which is pretty successful and is being used by some large Oil & Gas operators. I have a bit of experience on a few small Anywhere projects, with Datasplice, and a few smaller home-grown apps.

Why shouldn’t you listen to me: the settings and the level of my involvement for each of the above projects/deployments are vastly different, as such, my opinion on this matter is heavily biased (toward EzMaxMobile). 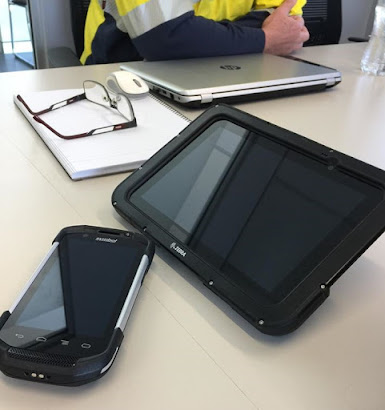 Manipulating string is probably the most frequent operation we need to do when transforming data. Thus, I’d like to talk a bit about string concatenation in WebMethods. The most basic way to add two strings is to use the pub.string.concat service in the WmPublic package as shown below:

Play around with Map control in Cognos Analytics

There’s been quite a bit of talk recently on the web about the new partnership with MapBox to deliver new map capabilities to Cognos Analytics (and there isn’t much talk about the discontinuation of support for ArcGIS in this new version). I decided to spend a bit more time to learn about the map functionality in this new Cognos version. The best way to get to know something is by doing it. So I cooked up some “real” requirements and tried to build a few dashboards.

The first one, I like to see whether a change in average temperature will affect the number of calls to fix break/leak issues related to water supply piping system, and whether a change in average rainfall will affect number of calls related to sewage/drainage systems. The data should be broken down to suburb and post-code level. Below is what I got:

Overall, I am impressed with the ease of use, the responsiveness, and the level of interactivity of this new Map control in Dashboard. However, through this exercise, I found there are quite a number of limitations to this new map control:

Conditional Logic is the most important building block of any software development tool. WebMethods is not a programming language, but since we use it to build integration interface, which is also software, it means we are also programming with it. Writing a simple “If-Then-Else” condition in WebMethod is way too verbose to me though. The official tutorial on SoftwareAG teaches us to implement an if-then-else logic using the Branch, Sequence, and Map nodes as depicted in the sample below: 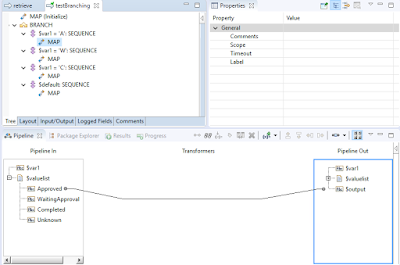 Recently, I started playing with Azure by attempting to migrate a Maximo instance from my local VM to Azure platform. Although the attempt was a success. I didn’t realize SQL Server and Azure SQL are different databases (or more correctly, two different versions). There were a few issues during the process, but I figured out how to work around them and got Maximo running on Azure VM and Azure SQL. After sharing the result on LinkedIn, there were some comments that Maximo couldn’t be installed on Azure SQL and IBM doesn’t support it, so I spent a bit more time digging and thought I should share the details and some of my opinions on this matter.

First, let us be clear, Azure is a big cloud platform which offers many different services. I’m not a cloud expert, but from what I understand, we are talking about two main services:

I tried to create a new Framework Manager project to build a package which I will join some big Maximo tables (Assets, Workorder etc.) with some general geo/demographical data I pulled from the Web. Framework Manager kept crashing with this annoying error. After some quick search on the web, I realized the issue with FM crashing is not uncommon, and there can be a thousand reasons for that. To be honest, from the perspective of a software developer, most of these are simple and stupid exceptions which should be caught or fixed easily by the Cognos R&D team. Good software should give the end-users useful error messages about what they did wrong. But anyway, this is not another post to complain, just a quick note on another crash scenario so you can avoid:

I'm a Maximo Consultant currently live in Melbourne and work for Clarita Solutions. This blog is to share my personal view and experience on Maximo implementation and to learn more from the community. If you like my blog, please connect with me on LinkedIn to get updates on my new posts.